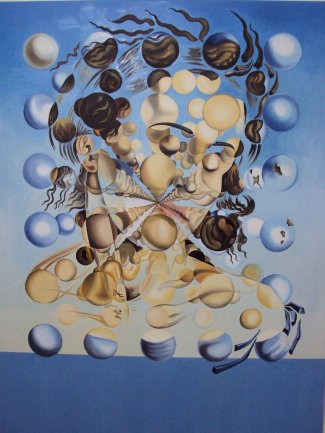 Most of the people working for Biotronics3D started their professional lives and learnt their trade in Academia. As old habits die last and are difficult to forget, it was almost by instinct that right from the beginning we have created and fostered an environment welcoming and promoting research collaborations with UK and EU based Academia. Anyhow, most of our friends work in Academia, and it was only natural that we wanted to keep contact with them. And although this was never part of our original vision (a different technology model- a different business model- a different philanthropy model), nevertheless, collaborative research with Academia quickly became the norm for us.

Today, we all at Biotronics3D are very proud for the copious amount of the collaborative research outcome this company has produced through-out its existence in the past 12 years. We have sponsored, supported and were actively involved with PhD studentships with City University, UCL and ICR in London and the University of Venezuela, we have been active in ample Industry-Academic knowledge transfer partnerships, members of our team frequently lecture at Universities, but most notably we have collaborated in many European wide research projects, often funded by the European Union.

I remember the first European project we participated was under the FP6 framework way back in 2005. It was for the development of an autostereoscopic monitor that was designed to be used for medical Imaging for the diagnosis of diseases. Way ahead of its time, it was very useful for us as we learnt a very valuable lesson: it was very interesting to observe how very innovative products are deemed to fail in the market unless they accompanied by very strong value propositions. As it happened, for autostereoscopic medical graded monitors, the value proposition was not strong enough to justify the extra overhead cost.

Today Biotronics3D is actively involved in 6 collaborative research projects, one is UK based, the others are EU based supported by the H2020 framework. I am very proud that our company is so active in collaborative research, with an output that many academic research groups would had been very keen to have.

But before I explain my theory on IoT, I would like to comment on that chaotic disaster known as Brexit and the very negative impact this will have in collaborative pan-European research (or the result of an ill-fated referendum where a very narrow majority deciding for UK to exit the EU, mainly based on badly constructed and incomplete arguments combined by bone-breaking ignorance and copious amounts of xenophobia). I admit that I am a very big supporter of the unified Europe vision and for me the result was a massive disappointment. I was sad, upset, angry and disappointed all at the same time. After a period of depression that felt like fighting a duel with an invisible enemy (I still cannot understand who the 52% of the UK population are who voted for exit) I have now entered the period of the day after. And I believe this post Brexit UK will be a very sad time for UK based companies and academics wishing to promote collaborative European research. This is sadly the side-effects of Democracy, or how a bunch of misguided hoi polloi can damage, or at least create serious obstacles to academic research with direct negative consequences to the wellbeing of society as a whole. Most of my Academic friends are very worried and very fed up. Because post-millennium it is ridiculous to practice science without the ability to establish close links with other academics in Europe. The times of the monolithic and isolated ivory towers of knowledge belong to the middle ages, not to the modern and fast evolving knowledge based economy. But the 52% of the population was mesmerised by Mr. Farage’s Nazi-inspired demagogic poster of the tragic lines of immigrants desperately trying to enter Europe to seek a better and safe life. Enough of that and please accept my apologies for diversifying from our subject.

The Holy Grail of our current research in Biotronics3D is how to use the Internet of Things (or rather the Internet of Medical Things) and create innovative business models based on that, which the company could exploit commercially. Thus the name of the article of this blog. Let me please explain.

In the late 1940s Claude Shannon invented a mathematical theory of communication that gave the first systematic framework to optimally design digital communication systems. His ground-breaking approach introduced a simple abstraction of human communication, called the channel. Shannon’s communication channel consisted of a sender (a source of information), a transmission medium (with noise and distortion), and a receiver (whose goal is to reconstruct the sender’s messages).

And now this is where it gets interesting. In order to quantitatively analyse transmission through the channel he also introduced a measure of the amount of information in a message. To Shannon the amount of information is a measure of surprise and is closely related to the chance of one of several messages being transmitted. For Shannon a message is very informative if the chance of its occurrence is small. If, in contrast, a message is very predictable, then it has a small amount of information—one is not surprised to receive it. To complete his quantitative analysis of the communication channel, Shannon introduced the concept of entropy rate, a quantity that measured a source’s information production rate. By doing that, singlehandedly he laid the foundations of one of the main cornerstones of the internet (next time your Netflix steam freezes, you can always blame Shannon).

And this is where it gets interesting for us. My theory is that as intelligent devices invade our everyday lives and we connect everything online (aka the Internet of Things or IoT for short) and as we bury humanity deeper and deeper under layers of the unexpected deluge of information overload, I claim that the value proposition of the IoT is directly proportionate to how surprised we are to receive a certain packet of information. In Shannon’s words the value proposition of the IoT is related to the entropy the channel produces and is only loosely and weakly related to the communication channel capacity.

Take one of my favourite research projects my company participates in. The PD_Manager project, a mHealth IoT platform for Parkinson’s disease. (http://www.parkinson-manager.eu/). This is the archetypal Internet of Medical Things project, as it attempts to connect diversified operators to the Biotronics3D cloud for the monitoring and prognosis of PD. The operators include not only a number of very innovative wearable devices, but also clinical mobile applications and data analysers. It is this holistic approach that makes this project so different from other PD monitoring IoT projects. As such you could claim that this project differs because the communication channel capacity is large. However, I believe the most interesting aspect of this project is the inherent entropy that the information carries. And assuming that our research has the ability to construct robust methods to harvest this entropy for the benefit of PD patients, I think we are placing our bets on a very strong horse for the race of IoMT.

Soeren delivered a lectured recently where he claimed (and I would strongly agree with him) that the Internet of Medical Things (IoMT) and cloud based disease management in general is one of the most promising applications of the proliferation of the internet in our everyday lives. In his talk he argued that the three current application directions of the IoMT (and inevitably the Biotronics3D research) are for the care for paediatric and the aged, for chronic disease management and for personal health management.  He then went on to explain that this is not an easy path to follow and there are many challenges, challenges that better to be approached in a multidisciplinary and European-wide manner. For example: how do we manage data integration and device diversity and interoperability? How do we scale humongous size of data for performance yet make sure that all the doors for data privacy and security are properly locked? How do we deal with the evolution of applications and data operators and the need for a new type of medical expertise that uses the internet as a de facto tool for the everyday clinical work? How do we develop new business models that can successfully launch IoMT initiatives?

The following slide is from his presentation and I think it frames the thrust and vision of our research.

PS. A very sad epilogue to this blog: